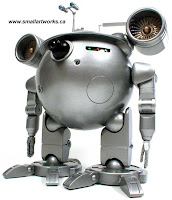 As Murray Edelman has asserted, politics is largely a matter of spectacle in the U.S. It is often optimally viewed as a performance of one kind or another, and the alleged differences between candidates or parties are often contrived or exaggerated for the sake of the performance, not for the sake of, say, people or problems or "solutions."

Oddly enough, I caught a glimpse of what Edelman means way back when I was 16 and attending something called Boys' State, a kind of mock-governmental conference sponsored by the American Legion. One male per high school in California would converge on Sacramento and play politics, annually, in the summer. We were all juniors in high school.

Ronald Reagan spoke to us assembled high-school junior males (who had just elected, as our "governor" and "lieutenant governor" two African Americans--that says something about the 1970s, but that's another story).

We sat in the auditorium and listened to a warm-up act, and then Reagan arrived: BAM! Photographic lamps went on, TV cameras materialized, he entered the auditorium, surrounded by an efficient entourage, shook hands, smiled, worked the crowed, smiling, smiling, got up on stage, said nothing but said it well, got off the stage, shook hands, worked the crowd, everything being filmed, BAM! out the door. It was a schtick. Of course, I was mightily impressed. He was our governor! But something in the back of my mind told me: I just saw a schtick.

I thought of this when I watched the "debate" between Biden and Palin last night. It was the oddest political spectacle I've seen in a long time, and I think Biden thought the same thing. He looked at Palin sometimes as if she were from the moon, and it has almost nothing to do with politics (in the sense of policy or beliefs or what to do next or yadda yadda). It has to do with spectacle, and it has to do with gender, and something has gone terribly wrong.

I hate pretending as if I know anything about Sarah Palin because I don't know anything about her, really. I do think McCain made a reckless choice when he chose her (that's not her fault). I think it is evidence of an impulsive side he can't control.

But as I watched her last night, I saw an amalgamation of traits, affects, effects, gestures, gimmicks, and tricks that don't add up. Or rather, they add up to a kind of robot badly assembled, or a Cubist painting.

The parts include the following: cute--but a bit too old to be cute (mutton pretending to be lamb); "beauty-contestant"; anti-intellectualism (having knowledge about issues is a symptom of being "elite; when talking to your audience, drop the g from ing in words); put your head down and get through this awful event (she had loaded her rhetorical gun with statements, and she was going to shoot them regardless of what questions were asked); something vaguely corporate ( the suit, the glasses, the coiffure); cheap tricks or worn-out jokes ("There you go again": Reagan's line TWENTY EIGHT YEARS AGO; the "white flag of surrender": that is meaningless); the winking at the camera; the lame folksy reference to extra credit in third grade.

Sarah Palin is whoever she is. I don't know who she is. I'm sure she is someone with a unified personality. But Sarah Palin as political spectacle is a symptom of our political system, and something is terribly wrong. The amalgamation of traits she attempted to hold together with glue and tape during the debate is freakish and bizarre, and it says not all that much about her but volumes about how conflicted and fragmented our society is, particularly around issues of femininity and power. I think she's trying to do some kind of job she's been given, and she doesn't exactly know what the job is, except . . . get out there, make noise, be cute.

Reagan made the schtick work. Countless other politicians have, too. Clinton, Roosevelt, Nixon (until he disintegrated), Carter, Bush I, Bush II, take your pick. It has nothing to do with ideology, beliefs, or policy. It is a performance of a show named "Democracy": whatever.

Biden and Obama make the schtick work. The Clintons, too. The parts seem to cohere. They are at least plausibly familiar or familiarly plausible. McCain, too--except for his strange impulsive side.

In the spectacle of Sarah Palin, the schtick has come undone. I was fascinated by the spectacle of her last night because it suggested how badly politics can go wrong and in how many complex ways it can do so, and once again, I have to say it has little or nothing to do with ideology (I think in many ways Hillary Clinton has had to assemble herself into a Cubist painting, too). Sarah Palin the concocted, "prepped," inappropriately chosen, impulsively selected, hastily assembled political entity is a monstrosity. Who Sarah Palin the actual person is, I have almost no clue. Sarah Palin, candidate? A bizarre assemblage. A reflection of her society.
at October 03, 2008