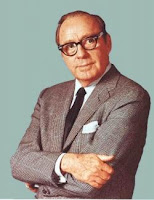 A while back I bought a book called Stop Me If You've Heard This: A History and Philosophy of Jokes, by Jim Holt. It pretty much does what the title suggests, touching on major theories of humor, acknowledging how funny and absurd it is to try to generate a theory of humor, and breaking down how and why jokes work or fail. If there's one big missing piece, it's a rhetorical one--namely, the rhetorical concept of audience, and even more broadly, of culture or "rhetorical community." For example, when the effects of feminism began to be felt in the 1960s and 1970s, many jokes that had once been standard fare were no longer funny, and the people who used to tell them unselfconsciously, even proudly, were taken aback. Of course, they often blamed the cool reception on "political correctness" or the alleged "humorlessness" of women. No. Times and the culture had changed, as they always do. Rhetoric and humor have always had to adapt to changing communities, as Aristotle well knew.

Based on my reading of the book, I've been trying to write jokes, just to experiment with them as a genre of writing. One element running through my life is that I've often been willing to try things I know, a priori, I may not be very good at, may even be awful at. So, for example, I took a ballet class when I was about 20. There were about 50 women and three men, and I was easily the worst dancer. But I learned what I wanted to learn--some basics about ballet, from a dancer's (sort of) perspective. I've also acted in two short student-directed films, just to see what it's like to act in front of a camera. I actually did okay, partly, I think because I didn't try to act. I just "was" who I was supposed to be (according to the script and the director) and left it at that. In high school, I desperately wanted to play the lead in The Crucible, but after the audition, all I got was the role of Ezekiel Cheever, bailiff. During one performance, I did save a scene by ad libbing when the actor playing the judge forgot his lines and froze. I wrote a one-act play recently. It's not very good.

So I didn't start writing jokes with the hope of their being funny to anyone but me, and I don't have career goals in comedy, to say almost the least. But I am fascinated by the form jokes can take--by jokes as a genre, as verbal constructs, if you will. In some ways, they're like very short poems.

I've tried out a couple jokes on my classes this week, just to test them (the jokes, not the classes). Of course, this experiment has led to brief discussions (before and after class) about favorite jokes and favorite comics. All of these students are about 20-21 years old. As far as I could tell, none had ever heard of Jack Benny (pictured) or Henny Youngman, nor did I expect them to have done so (times and culture change). But historians of popular American humor will remember Benny as a master of timing and of the deadpan response, and of course Youngman is the Mozart of the one-liner. I also came to appreciate Benny because one of his sidekicks was Eddie Anderson (character name, "Rochester"), an African American actor and comedian. True, in the the fictional world of Benny's TV show, Rochester did work for Benny, so the Black man was still working for the White man. But Rochester was not deferential, and the fictional (and probably professional) relationship between the two men was enlightened, at least by the standards of the times.

Holt goes over the usual theories of jokes--surprise, superiority, the sense in which the audience is asked to figure out a puzzle, suppressed aggression, and so on. He also discusses famous and eccentric collectors of jokes, as well as famous joke-forms (three men walk into a bar, etc.) and comedians.

Two jokes I wrote that made me laugh are as follows; however, I did not expect them to succeed broadly, and they haven't. But I even like the fact that they more or less failed because the information helps me understand the genre better.

1. When I was a child, I was very lonely because my family hid from me a lot.

2. My girlfriend told me she wanted to start seeing other people. So I said, "Okay," and I removed her blindfold.

My wife thought #2 was mildly funny, and she thought #1 was not funny at all. My classes thought neither joke was very funny, and one student said, "But you're married--you don't have a girlfriend, do you?" And I said, no, it's just a joke, a verbal experiment, not autobiography. I want to know what you think of it as a joke.

Another student who is studying joke-writing told me that #2 might be funnier if I had given it a longer build-up. Two other students thought #1 was very sad. That is, they didn't read it as a joke but as some kind of autobiograhpical statement.

I like #1 because I tend to like dry, deliberately flat-footed jokes, and I liked the dumb literal-minded logic of loneliness springing from people's hiding from you, not from anything emotional.

I like #2 because I think the surprise is pretty good and because it plays with literal and figurative meanings of "see." For some reason, I think the blindfold is funny, too--partly because of the ambiguity. Does the girlfriend wear the blindfold because she wants to? Just what is the deal with this blindfold, anyway?

As I think I've written here before, "the joke" has to be one of the most demanding genres of writing.

Please read Holt's book. You'll enjoy it, and you'll be enticed to quibble with the various theories of humor and jokes.