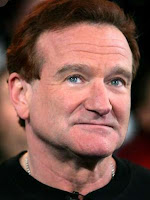 I've been browsing this book called Quotable Men of the Twentieth Century, edited by Jessica Allen (William Morrow, 1999). Oddly enough, Allen includes no preface or introduction that might have suggested the rationale for limiting the quotations to men.

Here are some quotations about government:

"Voters don't decide issues, they decide who will decide issues." --George F. Will. They may also decide when or when not to use a comma splice, apparently, too. Will's sentiment is the old hard-line Republican or republican (vs. small-d "democratic") one; institutions like the U.S. Senate are there to slow down the alleged will of the people. Wasn't James Madison a proponent of this idea? Given how the political spectacle operates and the money involved in politics, I wonder to what extent voters still decide who will decide, but perhaps I'm being too cynical. This was on page 115, by the way.

So was this, from Milton Friedman: "Governments never learn. Only people learn." Rhetorically, this is slippery, as governments are composed of people, so if people can learn, so can governments. However, some people don't learn, including Friedman, who helped get us in this financial mess, but perhaps I'm being too critical of Milt.
Also on p. 115: "Giving money and power to the government is like giving whiskey and car keys to teenage boys." P.J. O'Rourke. That one brought a grin. Actually, however, I think giving money and power to government is like giving whiskey and car keys to U.S. Senators. Also, we must remember that O'Rourke is something of a Reaganite, and the Reaganites always railed aginst "big guv'ment," except that they made exceptions for military-spending (which looks an awful lot like money and power) and massive deficits (which look an awful lot like money). Reagan's deficits were bigger than Carter's.
And finally, from p. 116, this from Robin Williams: "It's a wonderful feeling when your father becomes not a god but a man to you--when he comes down from the mountain and you see he's this man with weaknesses. And you love him as this whole being, not as a figurehead." Most wise indeed. I think it's a wonderful feeling for the father, too, to shed some of that figure-head status.
Time to go check on what the deciders "we" allegedly decided should decide for us decided for us.
at February 16, 2009 No comments: