Names of the Obscure 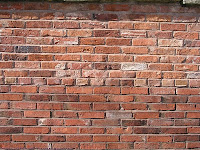 Names of the Obscure


Mr. Jiggs ran the grocery store in town. He never used
his name as an excuse for not being famous. No one ever
asked, "Hey, Jiggs, did you want to be famous?" It was
out of the question. Not so with Johnny, local mischief-artist:
A thief by age 15, in the Marines by 18, back home at 24
starting fights. He wanted fame and settled for trouble.

Meanwhile, Claude Munkerz became ever more reclusive.
With a name like that, what else was he supposed to do?
Where were "his people" from? someone once asked, not
looking for an answer. Those who made it inside Claude's
shack came back with tales of smells, guns, and incongruously
exquisite furniture. Johnny robbed Clyde (guns and cash),

left town, never came back or found fame. Jiggs let Munkerz
run a tab at the grocery. Claude paid in cash at first, then
in barter (walnut table, mahogany chair), then not at all.
He died. So did Jiggs, in Florida, after retirement. On his
lap when he had the heart attack lay People magazine--
all about famous people.