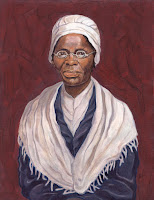 Politics is a cynical, spectacle-driven, money-saturated, grinding business, but sometimes its results transcend its nature.

I think of the resilience of African Americans over 389 years, all the degradation suffered, now at least symbolically overcome.

I think of the strange turns of fate--that Obama's father is African, not African American; that if Gore or Kerry were to have won, Obama may not be the president-elect; that so many women I know gracefully shifted support from Clinton to Obama.

I think of writers whom I never knew (although I got to shake Baldwin's hand and speak with him) but whose words have always drawn me to their spirit and views: Frederick Douglass, Langston Hughes, Jessie Redmon Fauset, James Baldwin, so many more.

I think of certain colleagues, friends, current and former students.

I think, finally, of my friend from high school, with whom I still keep in touch--Ronn English.